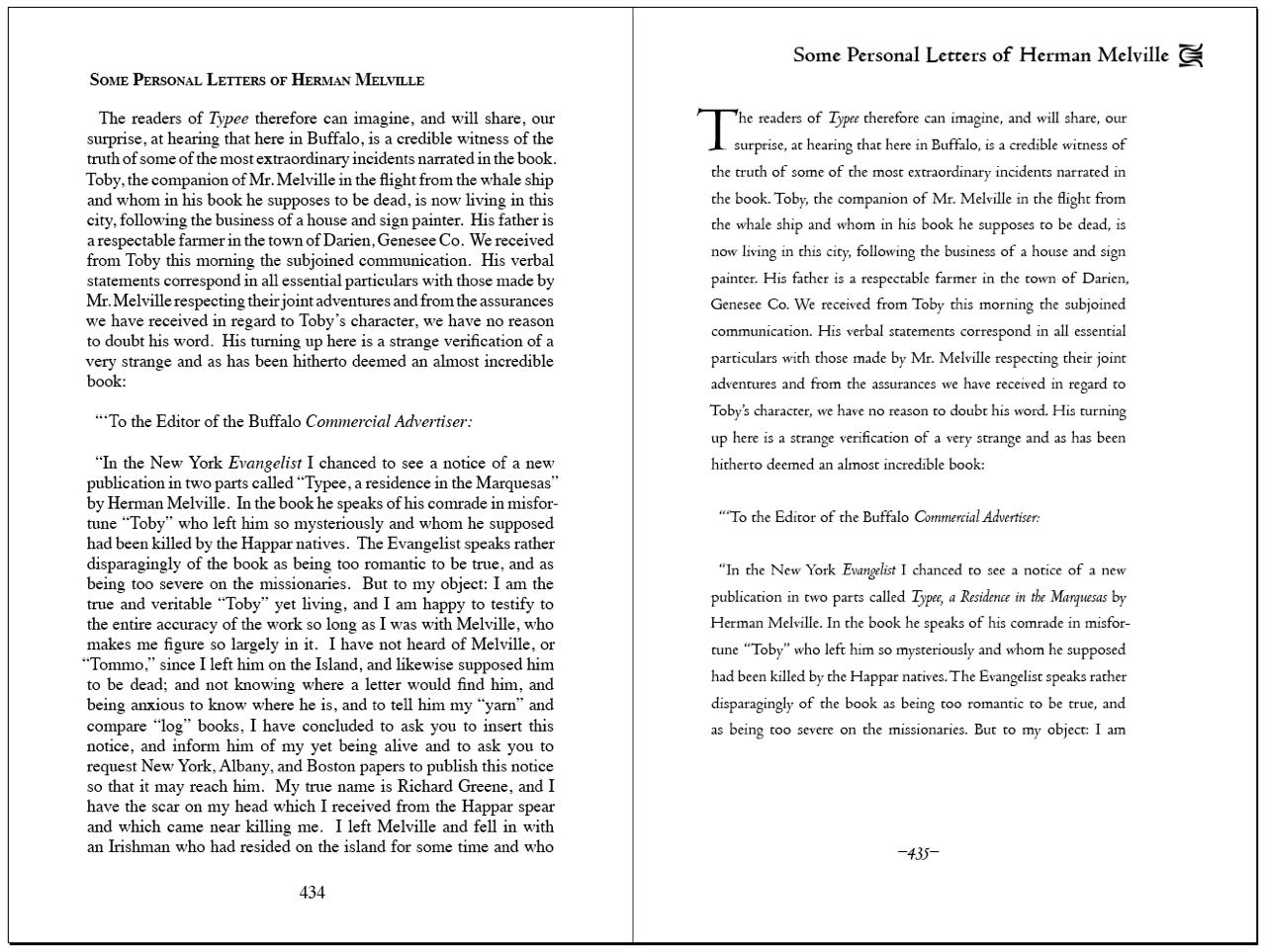 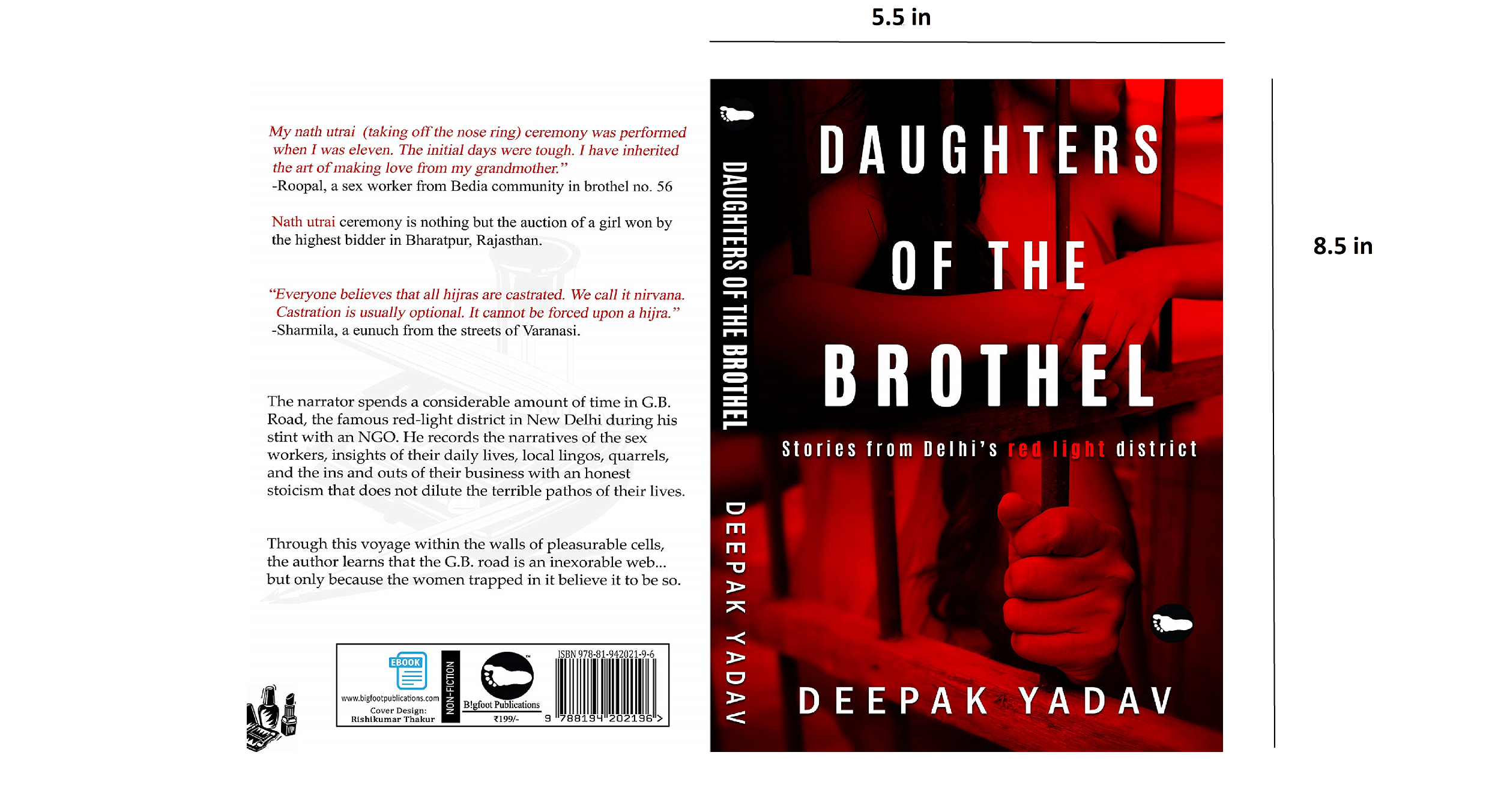 Q1. Do I need to pay any charge under BigFoot DIY scheme?

Q2. Will the copyright remain with the author?

Ans. Yes, the copyright will belong to the author or you may ask the BigFoot team to secure your copyright from copyright.gov.in

Q3. On which platforms my book will be Available?

Ans. Yes, ISBN number will be provided for free.

Q5. Will my book be edited by BigFoot Team?

Ans. No, the author needs to upload Edited manuscript in DIY Portal. If you need assistance from our experienced Editorial team, it will be an add-on service.

Click here to reach our professional and experienced editorial team.

Q6. Is there a difference between Typed and Typesetted manuscript?

Ans. Yes, kindly follow the picture provided below. You need to upload TYPESETTED manuscript only. Typed manuscripts will be rejected.

Click here to reach our professional typesetting experts at Rs 2999/-

Q7. I want my E-book on Amazon Kindle, Google Playbook, iBooks and Kobo. How much will it cost? Can I add my book on these platforms myself?

Ans. You need to get your book typesetted in .mobi format by a professional typesetter to upload on Kindle, Playbook, iBooks and Kobo.
DO NOT USE ONLINE CONVERSATION TOOLS. They will mess up the text in your manuscript.

Q8. I want PAN INDIA offline distribution for my book. Is that possible?

Ans. Yes, this is an add-on service. We have a PAN India distribution including Crossword, Oxford and many other premium bookstores in the list. The distribution rate chart is provided below.

1. Book shelf duration: 6 months.
2. This is a ONE TIME payment.
3. Atleast 100 Copies needed from author’s end.
4. Books published by BigFoot Publications will get 30% discount and point no. 3 is not applicable.

PAN INDIA DISTRIBUTION to all the above mentioned stores: 69,999/-

Q9. Can my paperback and Ebook be available Globally?

Ans. Yes, this is an Add-on service. We charge 7999/- to make the paperback book available on Amazon.com/Amazon.US
Ebooks uploaded on Kindle, Playbook, Kobo and iBooks will be available globally. You need to get it typesetted in .mobi format and can upload it on the platforms yourself or we can upload the E-book on your behalf.

Professional Ebook Typesetting will cost 2999/- only.

Q10. How much Royalty will I get on each sale?

Ans. We will provide you 70% of the profit generated from your sales as Royalty.
Sales report will be shared in the first week of every month.

Tip: Higher the MRP, Higher is the royalty.

Ans. Yes, you’re allowed to set your own MRP. The minimum MRP chart is attached below.

Q12. How much time will it take to get my book live after uploading?

Ans. Yes, you are free to get your book published with any other publishing house. All you need is to send us an email at: info@bigfootpublications.com and we will issue a NO OBJECTION CERTIFICATE for the same. No questions asked.

Q14. Can I get marketing assistance from BigFoot team to sell my books better?

Ans. Yes, we’re master in marketing. We offer the below mentioned services. These services are add-on and you need to pay the charges for it.

The charges for the above mentioned services will be provided here.

Q15. Where shall I connect in case of any confusion or query?

Ans. In case of query /question, kindly call/whatsapp us by clicking here  or send us an email at: info@bigfootpublications.com
We will be delighted to help you!

Every book needs editing, yet editing yourself is nearly impossible. Even bestselling authors would never dream of attempting it. Hiring an experienced book editor is often the best investment you can make for your book and your writing career.

BigFoot editing services are for authors who need premium book editing for an affordable price. We’ve negotiated special rates with an exclusive network of editors from around the country. These editors work with traditionally published authors in every genre, including many on the HT Neilson bestsellers list. Now for the first time ever, self-published authors have the opportunity to work directly with these topflight editors.

You don’t have to place a book order to take advantage of our book editing services. All you need is your finished manuscript to get things started. What is a Beta Reader?

A Beta reader or pre-reader is a non-professional reader who reads a written work, generally fiction, with the intent of looking over the material to find and improve elements such as grammar and spelling, as well as suggestions to improve the story, its characters, or its setting. Beta reading is typically done before the story is released for public consumption. Beta readers are not explicitly proofreaders or editors, but can serve in that context.

Elements highlighted by beta readers encompass things such as plot holes, problems with continuity, characterisation or believability; the beta reader might also assist the author with fact-checking.

Why do I need a beta reader?

The fact is, we spend so much time on our own manuscripts that we can’t see them objectively — no matter how diligently we self-edit. These can be some of the outcomes (there are plenty more):

Is it the same as a critique group?

If you’re in a good one and finding it useful, that’s fantastic. People like Tolkien and CS Lewis were in what were effectively ‘critique groups’, so you’re following in some quality footsteps.

But it’s not quite the same thing as a beta reader, largely because of the group vs. individual dynamic.

You may have experienced a group setting where a kind of groupthink happens, and everyone thinks it’s fabulous or alternatively everyone is tearing it down, and individual voices get lost. The big swirl of group discussion can also make it harder to identify which are the really useful comments, and which are less discerning about the purpose of your particular book.

How is it different?

The beta reader’s report cuts through this “noise”. A beta reader will read your entire manuscript, on their own, and develop a personal response to it, uninfluenced by the opinions of others. The thing I particularly like about this is that reading is generally a solitary pursuit, and books ‘happen’ in the mind of the reader. So it’s an authentic way to encounter your book.

The best beta readers will give you a written report on their responses (which could be several pages long), and they often also will make notes in the text, to show their reaction to specific sections of the book.

And no, the best beta reports are not always the ones you pay for. In fact, most people get beta reads by an exchange of favours with other writers.

Ideally you’ll get at least two or three or four beta reads, so you can then weigh them up carefully. The responses will be very different, so don’t be alarmed by that! (I’ll write more soon about how to respond to a beta read.)

A well-formatted and designed book is critical to your success as an author. Even though you worked hard on your manuscript, it may not get the attention it deserves without professional formatting. Bigfoot Publications will help you provide the best possible reading experience for your book’s audience. Our staff of professional book designers will work with your input and create a custom layout to match the theme and message of your book. Our book designers don’t use templates to design your book. Each book is custom designed by a real life professional book designer. And best of all, we send you proofs of your designs to review and approve. We stand behind our work with the book publishing industry’s only 100% quality guarantee!

Professionally formatted text is an important part of book design. A clear hierarchy and readable typeface help create a layout that is inviting to your reader. Every section you include in your manuscript (foreword, dedication, chapters, etc.) will be custom formatted to create a polished book. We will send a PDF proof for approval before printing. We offer both eBook manuscript formatting and Print manuscript formatting. BEFORE AND AFTER BOOK LAYOUTING AND FORMATTING